How To Get Your Music Licensed (And Make Money): The Ultimate Guide for 2021

Musicians are always looking for ways in which to share their music with the world. One way to do this effectively is by licensing your music for commercial use, and you can sufficiently release your music and tracks where they will be heard in various programs that include media platforms such as television, films, streaming advertisements, video games, or commercials.

Music licensing, for those musicians who don’t know, is basically an agreement where you, the musician, allow others the use of your copyrighted music or musical tracks for different projects, and since you’re the owner, you obtain the fee that is paid. It’s a great way for songwriters and composers in the music industry to receive visibility with their original work.

You may work with any type of creative – maybe a producer, sound designer, music supervisor, or even a director, depending on who is in charge of securing the music license. We will get more into what a music license contract actually looks like.

The below guide is here to show you all about the ins and outs of music licensing for musicians, what it is all about, what an agreement entails, as well as how working with a company provides you with an easier way to get started in music licensing so that you can start making money in your music career.

THE TYPES OF MUSIC LICENSING

So first thing’s first – As a musician, I want to emphasize here that you need to be sure that your music is copyrighted so that you can receive all of the royalties and fees associated with the contract. One way to be sure that the music is completely owned by you is by covering any upfront costs with a studio if you record it there, or doing it at an in-home studio.

Every time you sit down to write a song and later record it, there are two copyrights that are formed – the lyrics and melody of the song, and the recording of it. This is important to be aware of because anyone that wants to use your music for something has to license BOTH of these (the ‘composition’ and the ‘master’) pieces to your music – so even if you are the owner of both (which makes it easier to copyright), there still needs to be two separate licenses and separately paid rights for each.

Before you jump into a music licensing agreement and what it entails, let’s explain the different types of music licenses that are available for the agreements, as you can actually license your music in many different ways.

The Sync-License: This is also more professionally known as the Synchronization License, and is one of the more common forms of music licensing. Music is usually in conjecture with some form of visual media like a movie, commercial, or streamed video ad (like you see on YouTube).

The Public Performance License: Probably the most common form of music licensing, where business owners will typically purchase the broadcast of music in their store or have it on their jukebox at the local bar. Many performing rights organizations typically manage these types of licenses for their musicians.

Print Rights License: This is where the obtainer would get rights to print the actual sheet music with the song or track in order for use – this can be a bit tricky for musicians because you can’t exactly stop someone who has the music printed from copying it again.

Master License: This is very similar to the sync licensing, which gives the obtainer permission for use of the pre-recorded song without allowing them to rerecord it (like as a cover). Most of the time you would issue this license along with the sync license.

Theatrical License: This is obtained when music is being performed live on-stage, so the licenser can pay royalties to have the music sung or played a specific number of times in front of an audience.

So once you’re familiar with the types of music licenses available, you can get into the actual contract or music licensing agreement. Here’s a typical breakdown of what you might see covered throughout a typical licensing contract between musicians and those who are obtaining the rights for use:

The contract does contain a lot of legal jargon, so this is where you have the opportunity to find companies that can do the licensing portion for you. Music licensing companies are great for making the licensing process simple for the musician. For example, there are agencies that take all of the guesswork out of getting your track played in an ad or video (and getting you paid for its inclusion), like Marmoset licensing agency. Marmoset is a fantastic resource to get you going in music licensing when you have copyrighted music and you are ready to share it.

HOW TO LICENSE YOUR MUSIC HASSLE-FREE

Typically with a music licensing company, you will pay an upfront fee to be a member or multiple fees if you opt to share your music through more than one company, and they keep it in their artistic library where creatives have access to it and can locate your tracks for their specific needs.

This is a perfect route for many beginning or indie musicians, as you have yet to expand your network and relations with actual music producers and supervisors on your own. Typically creatives don’t like to license from artists they are not familiar with, since they don’t know what to expect, so utilizing a third-party licensing company is a beneficial stepping stone to building that creative-musician relationship.

This also eliminates the need to create the actual agreement yourself, since these companies will take care of all of that for you while getting your music visible by creatives. They will provide you with a bigger range of access than you usually could get solo.

Just be sure that you review the agreements in-depth when you receive them so that you can clearly understand what is going on – you may even want to consult with an attorney to be sure you have an understanding of it before signing that dotted line. You wouldn’t want to assign an exclusive deal if you planned your music to stay non-exclusive and used over multiple projects. 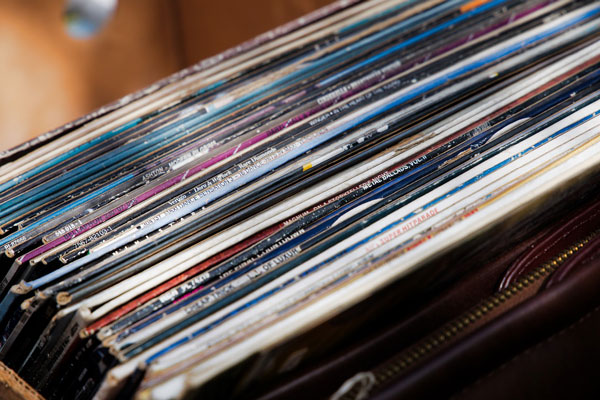 This is an important last step to licensing – get yourself and your music files with metadata, printings, etc. all in order before you start showcasing it. Think about creating yourself a spreadsheet with all your available music for licensing, or something along those lines, so that you can stay on top of it.

Anything that you are sending to the licensing company that you choose to help promote your tracks needs to have the completely finished, produced, and mastered recording of your music. Demos that you have sent to music labels or incomplete songs that you’ve started but not finished are not the kinds of music that you want to pitch here, since these sorts of music supervisors and producers are looking for already finished, polished, hi-res tracks.

Mastered audio also needs to have instrumentals printed ahead of time – these are crucial for mixes especially, in case there are alternate instruments or versions of the song that you have made. Also, be sure to have prints of all lyrics if any have vocals.

You will need to separate all of the instruments and vocals within the audio as well, so that when the licensee has the track for their use they can easily take out what they won’t be using. Make sure the audio already has this ability – not only does it save them time but it helps provide you with a strong reputation and knowledge of this business.

Make sure you’re prepared with all of the knowledge of your own music – things like where you made the recording, disclosing any samples of the earlier stages within the music. These things may not seem important but they could come up as music supervisors and producers do not want to have to jump through any more hoops when it comes to things like union or non-union musicians.

If you can, register your songs with a Performing Rights Organization – A couple of PROs in the United States that are great for this are BMI or ASCAP. You only need to register with one.

Another part of your organization is to have your own press release or something about yourself that you can market when it comes to your music. You can also utilize a link management platform to promote and monetize your music on different music promotion services. Things like headshots, background about you and how you got started within the music industry, where any of your other music might have been featured, upcoming gigs or live concerts, anything that can give you a leg up on any possible competition, as well as helping you look as legitimate as possible.

Some other guidelines you will want to be sure to follow when preparing your music for licensing abilities:

Once you’ve started promoting your music, then all you’ll have to do is sit back and wait for the contracts and agreements to start rolling in. Even if you don’t feel ready if sharing your music is the ultimate goal (as it should be for musicians), go through the motions and do it!

You’ll never learn all there is to know about music licensing just by reading or studying about it, you actually have to go out and get noticed so that you can start making money and paving your way to a promising music career.

Ableton Live vs Logic Pro: Which DAW Suits You Best?

Ableton Live Versions – Which Should You Buy?

EQ Cheat Sheet for Over 20+ Instruments